Source: (164) Alan Cooper’s answer to Are the electric and magnetic fields simultaneously perpendicular to each other? – Quora

Not always. The rate of change of either is perpendicular to the other, but there is no such general relation between the actual values. In fact for static fields it is easy to make them parallel – as, in the picture below, at the centre of a current carrying loop with positive and negative charges above and below: 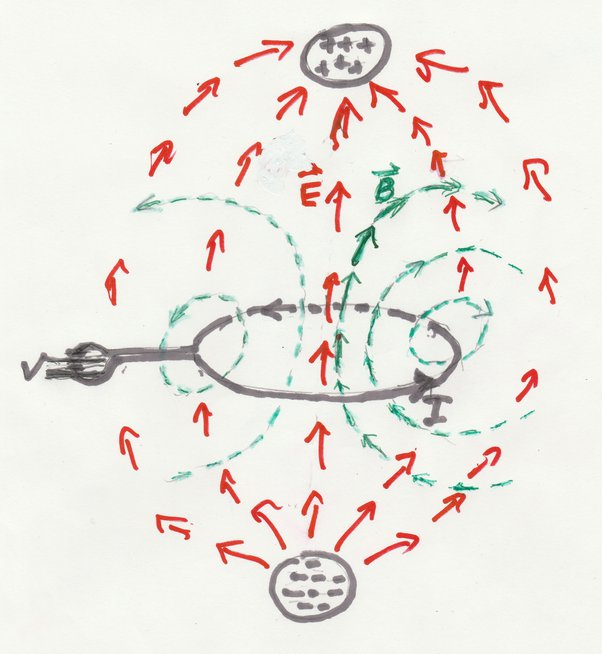 The only situation in which magnetism could be considered to be just the relativistic effect on the electric field is one in which there is an inertial frame in which all charges are stationary. In any situation with relatively moving charges there is a magnetic field in every frame, and it is only the way in which the splitting of the combined electromagnetic field varies between observers that is a relativistic effect. In particular, a current loop always produces a magnetic field in every reference frame and the situation for electron spin is analogous (though not quite the same because it’s a pure quantum effect and not really due to actually moving charges).

In the absence of any static fields, the electric and magnetic fields are perpendicular to one another but for light waves they both propagate in the same direction.